10 Must-See Gas Stations from around the World (Part 1) The variety of these retail petroleum outlets is phenomenal.

Gas stations come in all shapes and sizes. From modern facilities, with their sleek, streamlined convenience stores and well lit canopies, to tiny, off-the-grid sheds where vendors sell fuel in plastic bottles, one can purchase fuel in a huge variety of places around the world. Many times SSCS has tweeted out links to various sites that showcase a head-spinning variety of retail petroleum businesses. For this blog post, we did a little research on our own and came up with ten new interesting and quirky gas stations in some very different parts of the world. We’ll cover five this week, and five next week.

If you happen to be in a remote area of East Timor, a democratic republic situated between Australia and central Indonesia, you can expect to purchase gas out of liter bottles in a place that looks like this. While this “filling station” is about as bare bones as it comes, there’s a certain charm in its simplicity. With no POS to troubleshoot, no shelf tags to print, and no restrooms to maintain, its proprietor can enjoy the island’s nice weather, and occasionally duck under a corrugated metal roof to stay dry. Photo by Tony Forster. 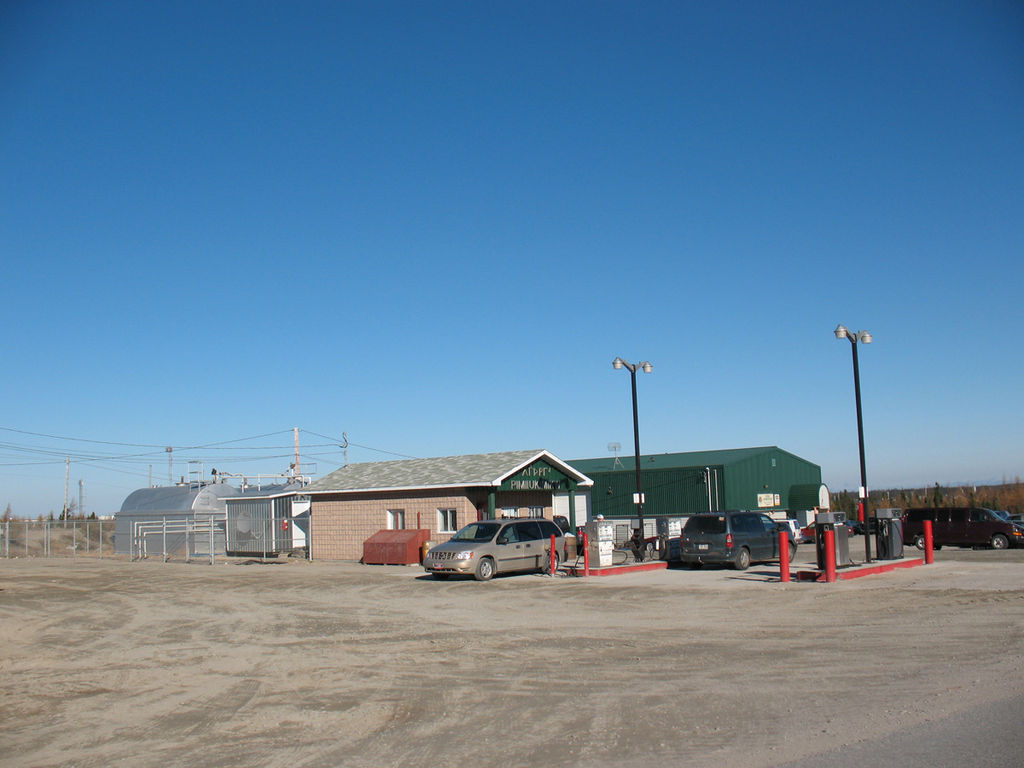 On the opposite side of the world from #10 is this fueling station in northern Quebec. And we mean northern. Chisasibi, a small town in the Hudson Bay, has an average annual high of 33F, and sits a staggering 700 miles north of Toronto. Customers at this particular station are more likely to do business in Cree and Inuit than English, as Cree is the first language for 92% of Chisasibi’s citizens. While winter temperatures there can be punishingly cold to the uninitiated, at least gas station operators don’t have to spend too much on landscaping! Photo by Peter Burger.

Khulna is Bangladesh’s third largest city, located in the southwestern part of the country. With average annual highs of around 88° F, Khulna is a far cry from chilly Chisasibi, although both cities appear to be keen on letting nature take care of gas station landscaping for them. While cars and buses are common on the streets of Khulna where this gas station is located, in the city center you’re just as likely to see rickshaws and tuktuks. Photo by Shahria Mukul.

This small station is located at the foot of a mountain called Iyamopo Hill, near one of the entrances to the world famous Old Oyo National Park. Igbeti is a small town, deep in the heart of central Nigeria—exactly the sort of place where even a small gas station serves a very important regional purpose. Famous for its marble deposits and stone formations, the area draws tourists and travelers headed up into Benin. Photo by Rilwanola1.

Far to the northeast on the African continent from Nigeria is the country of Egypt. Its capital, Cairo, with its proximity to the pyramids at Giza, is a place where past meets present in striking ways. In this photo, a horse pulls a fuel wagon in order to make a delivery at an urban gas station. A curious sight by any standards, the photo prompts us to wonder whether somewhere down the street, a modern semi is pulling a carriage! Photo by Ronald Unger.

To continue the tour, go to Part 2.