10 Must-See Car Washes from Around the World (Part 2) Cleaning cars doesn’t have to be boring.

Last week, the SSCS Blog published photos and descriptions of five cars washes from around the world. Some of them were pretty crazy!! So knowing that you can’t have enough of a good thing, we’re concluding the AMAZING CAR WASH TOUR with five more that we know you will really like! 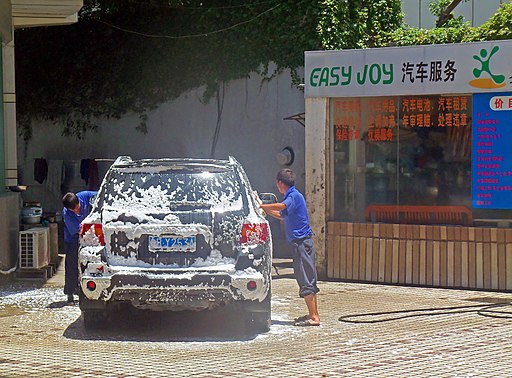 Just north of the Hong Kong promontory is Luohu District, part of the massively populous Shenzen Province of China. Christened appropriately with the English nickname, “Easy Joy,” the station sits on the southeastern outskirts of Shenzen, a convenient location for motorists to get their cars washed after weekend road trips to the beautiful parks and preserves around Mirs Bay on the South China Sea. Photo by Daniel Case. 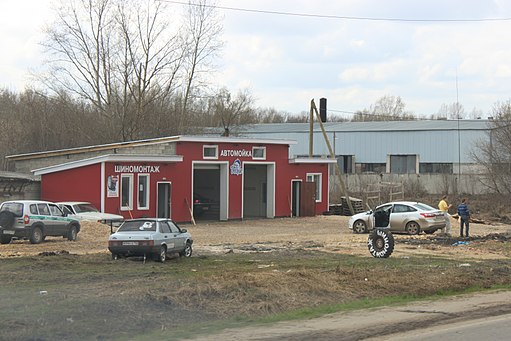 A sturdy, low profile (to say the least!) business about 500 miles southeast of Moscow in rural Russia, this station caters to drivers passing by on R208, the road that connects Moscow’s freeway system to the remote areas to its east. While springs and summers in Rasskazovo are warm and leafy, autumn and winter can be harsh. This makes an indoor facility with a hard packed driveway essential to attracting motorists. Other regions of the globe might boast outdoor bays and even bikini-clad attendants, but in rural Russia, function trumps form. Photo by James Ryen.

Git your cowboy hats, hot dogs, and apple pie, y’all, because we’re going to the American Hand Car Wash, in. . .uh…oh, wait a minute. . .Brussels, Belgium. Nothing says, “U.S.A.” like a car wash compacted beneath century-old European apartment buildings a mile east of the northern Senne River, right? In all seriousness, “American” and “Californian” car washes are a fixture in Belgium, and they are generally characterized by open stalls staffed by attendants. While it’s a rather odd thing for our country to be recognized for and associated with—don’t we all wash our cars in pretty much the same way?—you can count on Belgians to continue cleaning their cars with a nod to good old Uncle Sam and we’ll take it as a complement. Photo by Agracier. 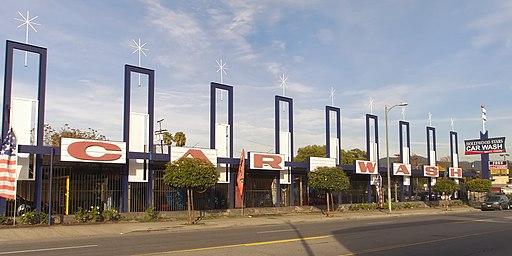 With all due to credit to the Belgians in entry #3 above, Americans and Californians do have some picturesque and downright lavish car washes. Take this one, for example. Built in 1965, it has survived for over half a century on some very pricey land, doling out a nice big helping of mid-century Hollywood splendor to locals and tourists in need of a clean vehicle. Just a mile away from Universal City and Warner Brothers Studios, Hollywood Stars is appropriately named, having probably washed the vehicles of some pretty famous celebrities in its 53 years of doing business. Photo by Junkyardsparkle. 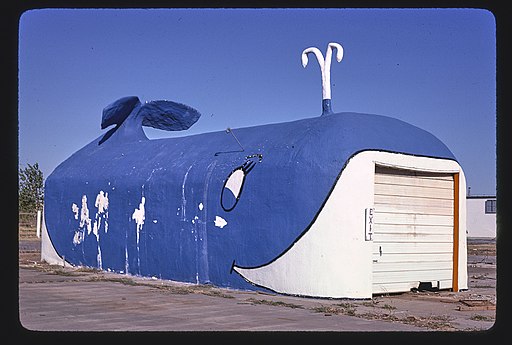 Alas, this car wash is no longer in operation. It served motorists right up through the 1970s. Whether you simply needed a rinse and scrub, or wanted to recreate Jonah’s epic experience of being swallowed by an ocean bound mammal, the Whale Car Wash was there to meet your needs. While the exterior now looks a bit bedraggled and thoroughly humbled, this car wash nonetheless shows the remarkable extent to which effective artistry and marketing has helped car washes succeed in the U.S. and beyond. Photo by James Margolies.

In the twentieth century, as the development of better and better cars allowed us to travel and explore the world around us, colorful, kitschy, and downright silly car washes have remained a fun part of vehicle ownership and overall car culture. We hope you enjoyed what you saw.